Het Financieele Dagblad, the most important economic newspaper in the Netherlands, has published an article on the recovery of the interest of international companies in investing in Spain. With the significant title of “Investors believe in Spain again”, the newspaper points out that “the economic malaise is part of the story. Spain is again interesting for foreign investors”. The newspaper indicates that a month ago the Renault company announced good news for Spain. In 2014 it wants to expand its production, which will mean an increase of 1,300 jobs. The manufacturer did have some requirements: the new employees would receive a contract for 18 months and from time to time they would have to work on holidays and weekly fines without receiving extra compensation. The information from Het Financieele Dagblad highlights the salary adjustment and the labor reforms that are taking place in the Spanish economy. “Since the beginning of the crisis, the cost of labor per unit of product has fallen by 6% compared to the European average.” Salary moderation makes Spain one of the most interesting countries to invest in, says FD, citing Ignacio de la Torre, an economist at the prestigious IE Business School in Madrid. Not only Renault, but also the Ford company has become aware of this situation. This car manufacturer recently closed its factory in Genk (Belgium) to partially transfer its production to Almussafes, where 15,000 direct and indirect jobs will possibly be created. “A Belgian employee costs twice as much as a Spaniard.” Likewise, Dutch entrepreneurs rediscover Spain. Marco Hulsewe, from teamOn Investments team in Barcelona, ​​indicates that the next three years are the right time to start business in Spain. “Spain is in the final phase of the double slump, and the new labor legislation and low wages will have a lot of effect.” Antoni Zabalza, from Ecros, one of the most important chemical companies in Spain, thinks that salaries will have to decrease between 8 and 16% more. The Spanish Banking Association does not mention percentages but it does emphasize the need: “We have to do better than our German competition and that entails an adjustment in salary.” Investors should not be discouraged by pessimistic news in the press, says Professor de la Torre, adding: “Spain has everything to be the factory of Europe”. 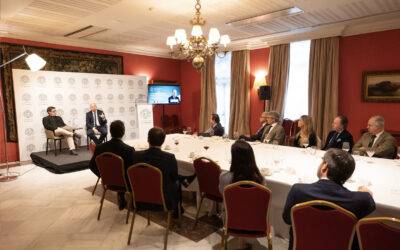 Marco Hulsewé together with the economist Gonzalo Bernardos, offered an colloquium at Círculo Ecuestre of Barcelona.

END_OF_DOCUMENT_TOKEN_TO_BE_REPLACED 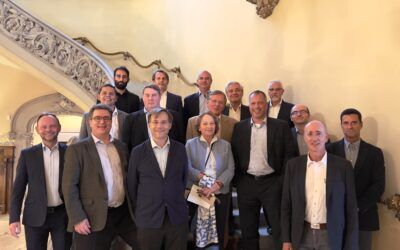 ACS Partners celebrates our annual conference in Barcelona after 2 years of lockdown.

END_OF_DOCUMENT_TOKEN_TO_BE_REPLACED 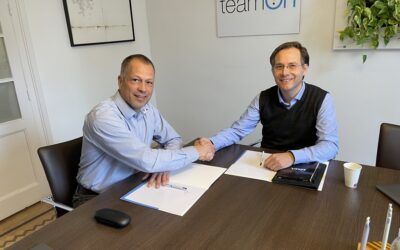 END_OF_DOCUMENT_TOKEN_TO_BE_REPLACED
Gestionar el consentimiento de las cookies
We use both our own and third-party cookies to offer you the best browsing experience on our page. Not consenting or withdrawing consent may negatively affect certain features and functions.
Manage options Manage services Manage vendors Read more about these purposes
See preferences
{title} {title} {title}